How Can You Teach RATIOs with Snow? 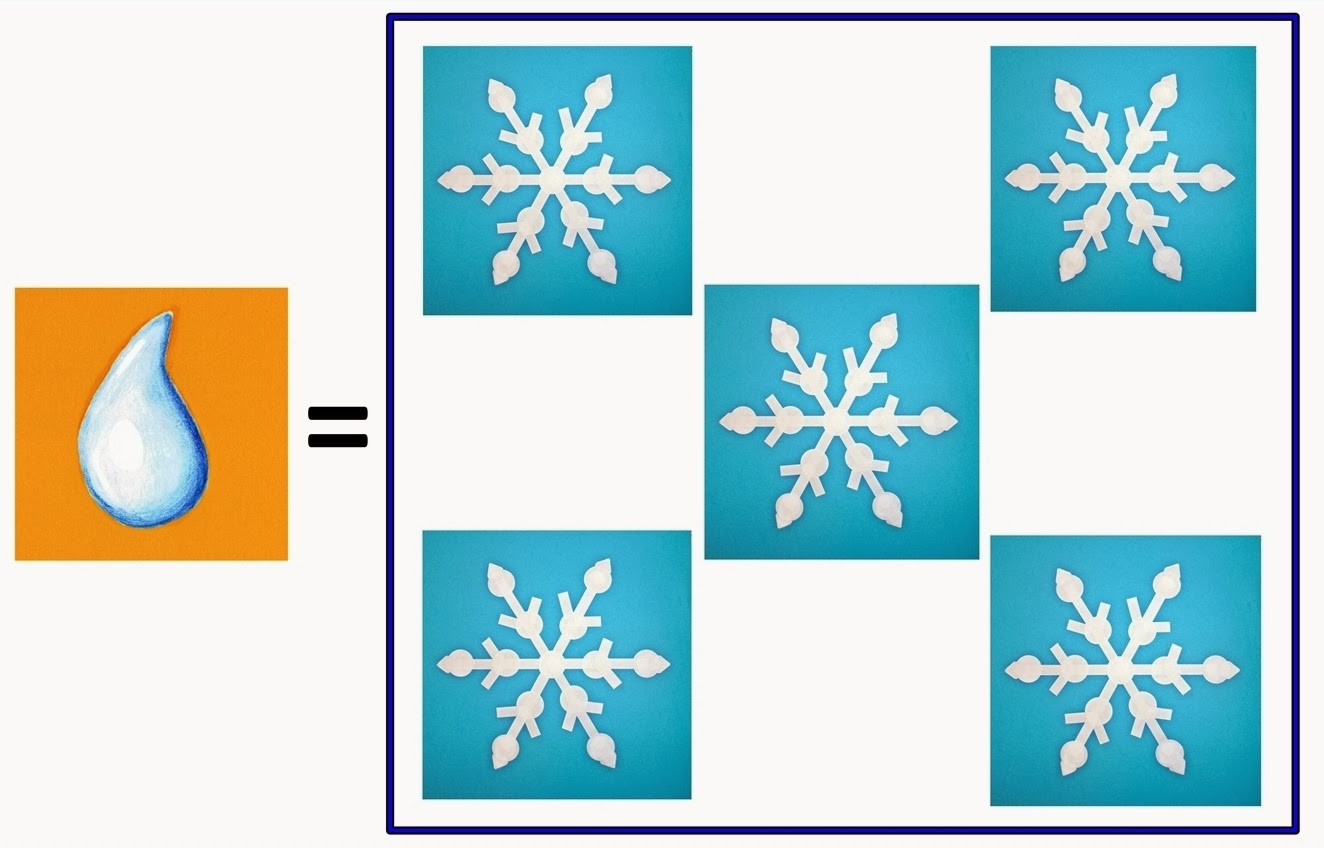 Winter definitely continues to grasp many areas of North America. And, just like my family, I am certain that your family is eager for blustery spring winds to blow away those pesky snow clouds.
Hopefully, it won’t be too long before the light and fluffy snowflakes will be replaced by an ample supply of raindrops—the perfect way to wash away the gray of winter.
This anticipation of spring is a great opportunity to provide not only a science lesson but also a fun way to demonstrate the concept of ratios. By using the relationship between snowflake density and raindrop density (i.e. the Snow Water Equivalent), the kiddos can practice using ratios, skip counting, and multiplication.
Why not go outside, scoop up a bucket of fresh fallen snow, and have some winter-spring transition fun.
HOW CAN WE USE THE SNOW WATER EQUIVALENT TO TEACH RATIOS?
“IT’S A RATIO.”
“HORATIO WHO?”
Every time I hear the term ratio, I recall the scene where Opie and Andy Taylor discuss ratios. Opie, most likely in the first grade, does not understand the term. In fact, many children in K-2 have difficulty grasping the concept. Add this confusion to the concept of comparing snowfall amounts with rainfall amounts, and you have a recipe for a flood of misunderstanding.
This activity addresses both concepts in a fun yet scientific manner. Finish it off with a snow cone treat and your children are bound to forever remember that it takes a lot of snow to equal an inch of rainfall!
ACTIVITY DESCRIPTION: Children will observe changes in density by melting snow. They will then use the melted snow to determine the ratio of rain to snow. Children will use that information to predict how much rainfall there would be if their area received rain instead of snow.
MATERIALS:
Fresh snow (or shaved ice if no snow is available-results will vary)
Clear plastic cup
Clock and timer
Printouts of raindrops and snowflakes
Camera (optional)
INSTRUCTIONS:
1. Prior to the activity, fill the plastic cup with either snow or shaved ice. Show the cup to your children. 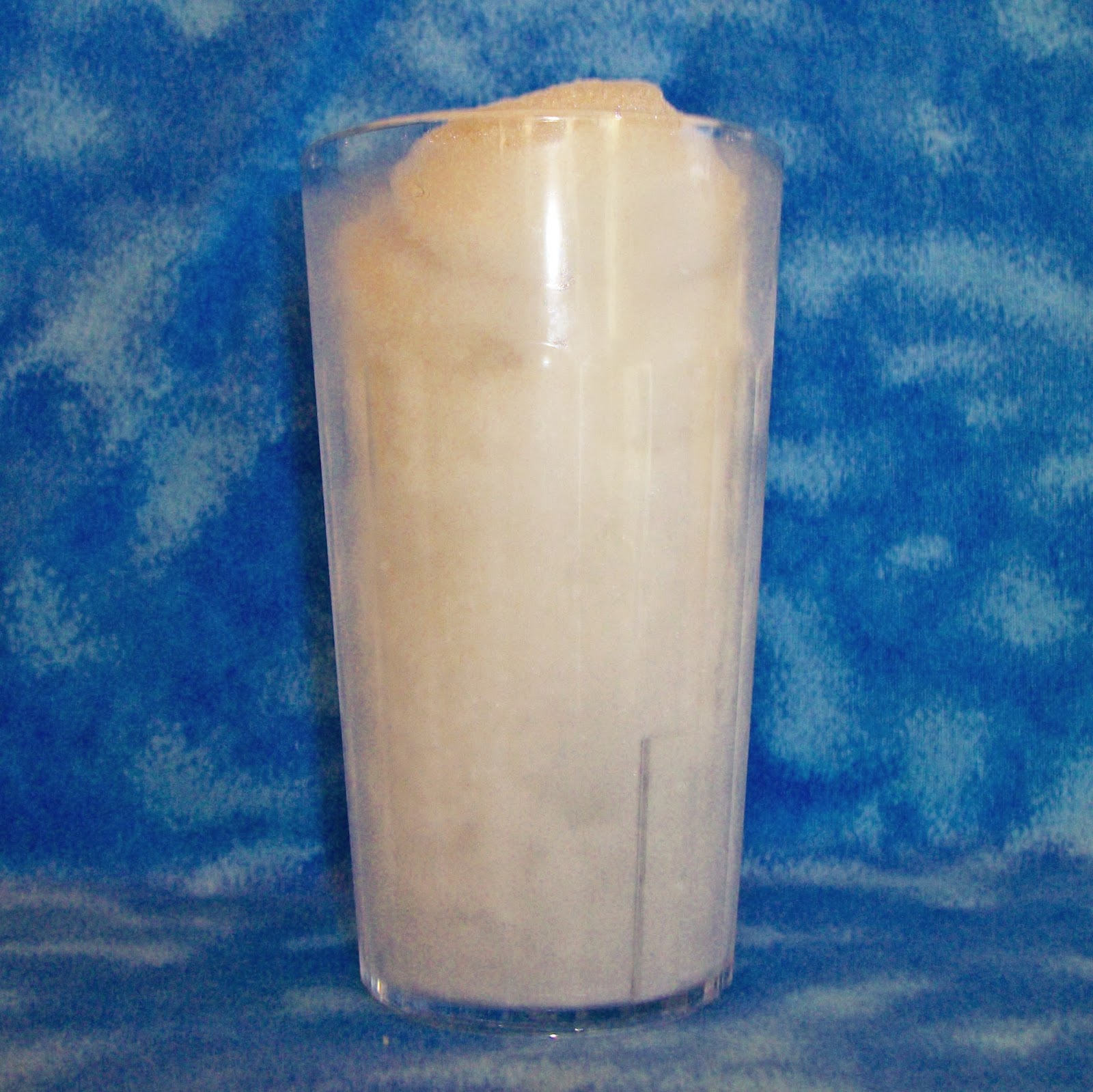 Explain that when snow melts into water, the density (a measure of how compact an object is) will change.
Ask: When this snow melts, how much water will there be in the cup?
2. Place the cup on flat surface and take a photo of it.
3. Record the time that the observation begins and set the timer for 30 minutes.
4. When 30 minutes have passed, look at the snow and record any changes. Take a photo. Set the timer for 30 minutes. 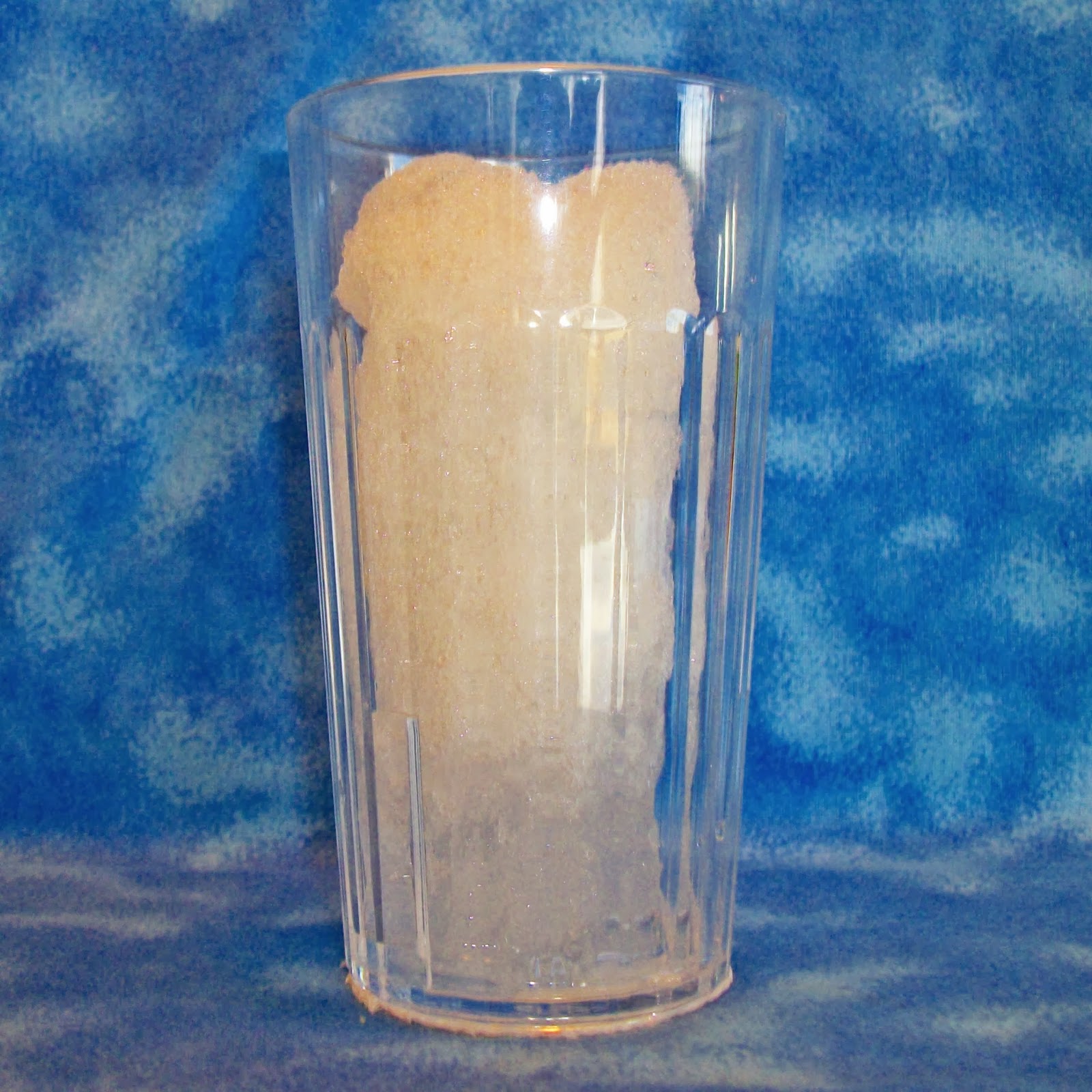 5. Repeat step 4 until the snow has melted.
6. When the snow is melted compare the children’s predictions with the actual amount of liquid in the cup.
Ask: How long did it take for the snow to melt? Why is there less spaced filled in the cup? What could change the rate of melting? (Ex: placing the cup in the sun, in front of a fan, etc.)
EXPLANATION:
When snowflakes combine with other snowflakes, there is air between each one. When the snowflakes melt, air is released, causing the water contained in the snowflakes to take up less space. The snow and the liquid have the same mass (stuff), but have different density. 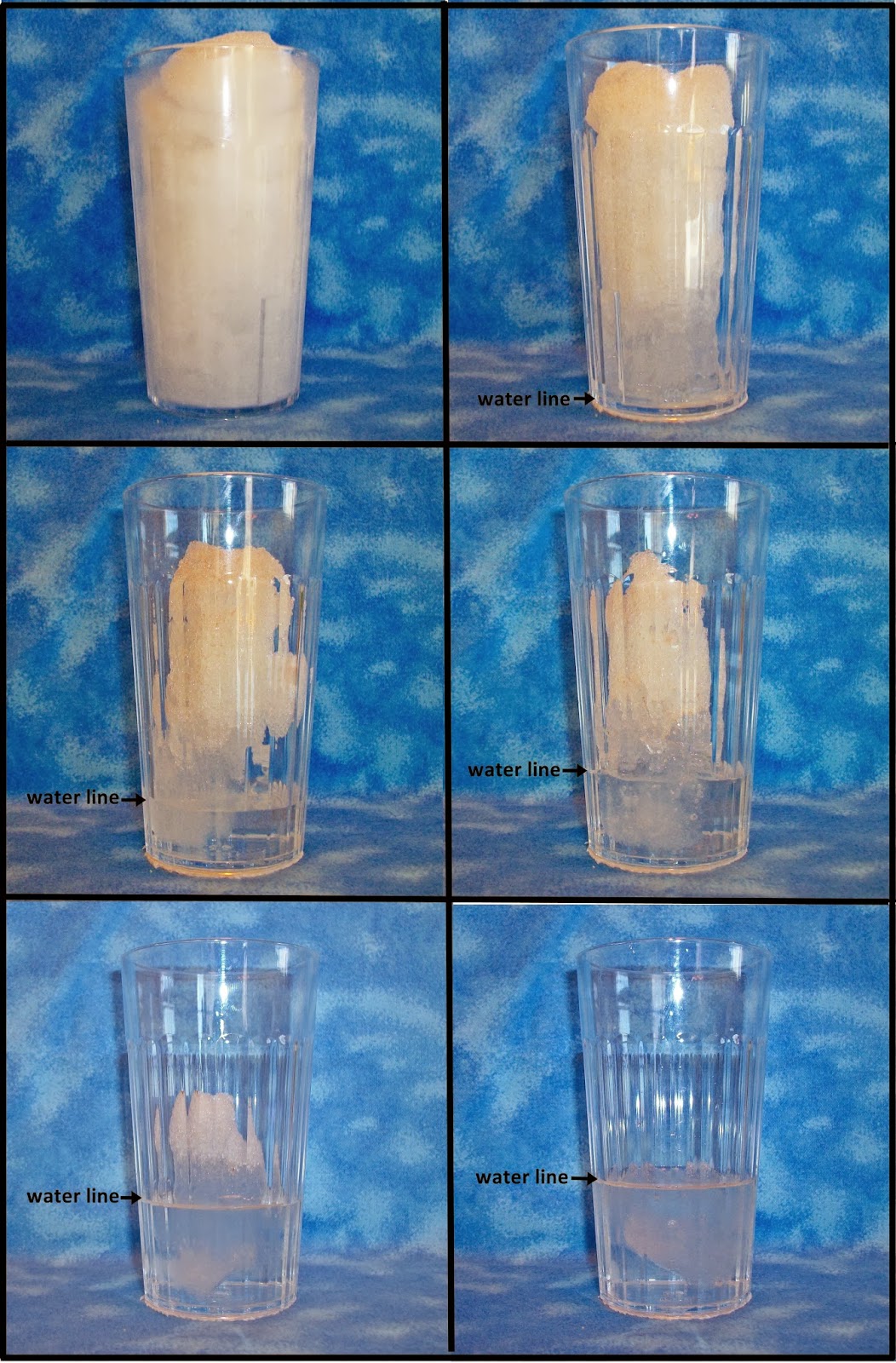 7. Use the printouts of the snowflakes and raindrops to represent the ratio of inches of snow to the corresponding inches of rain, as shown. 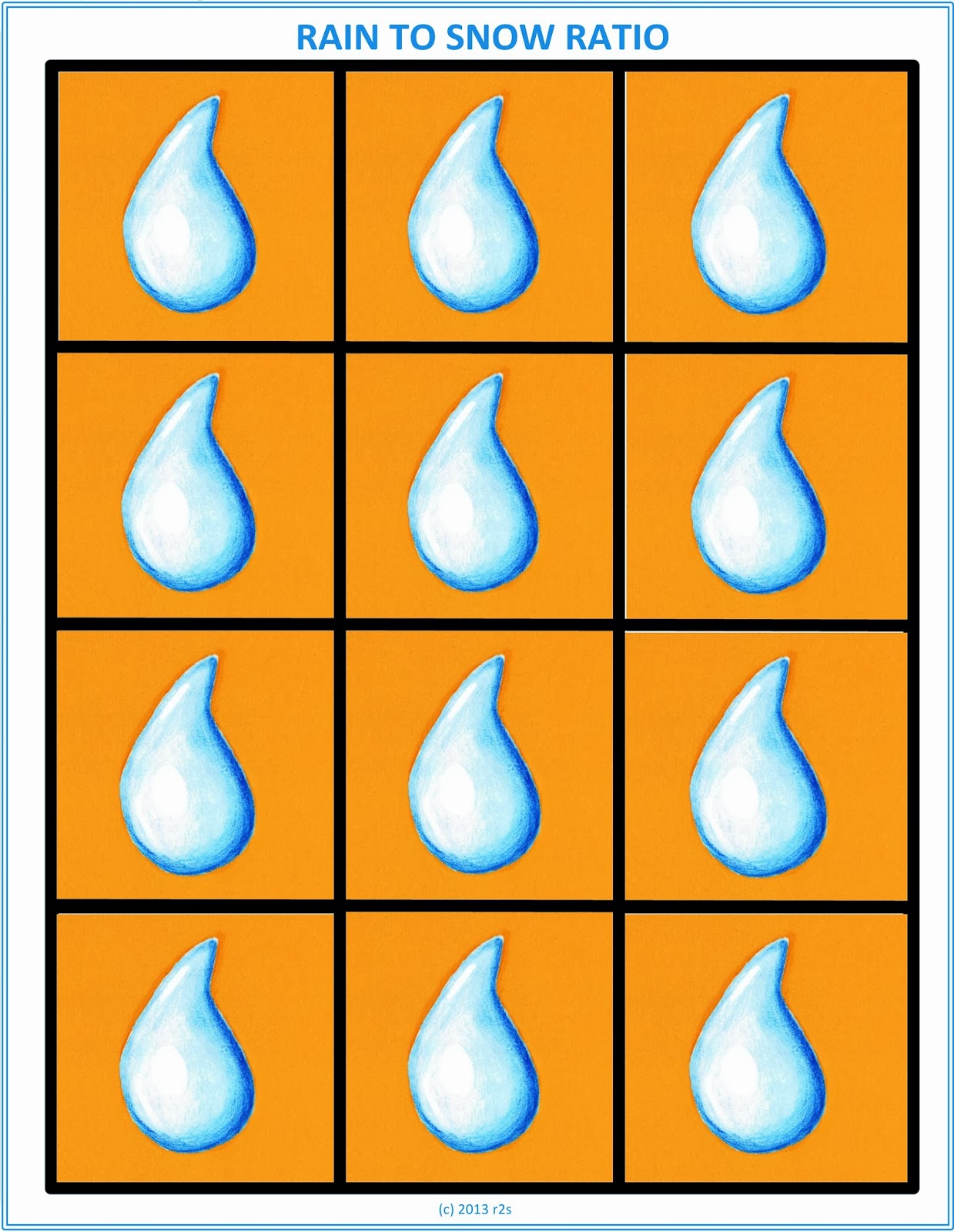 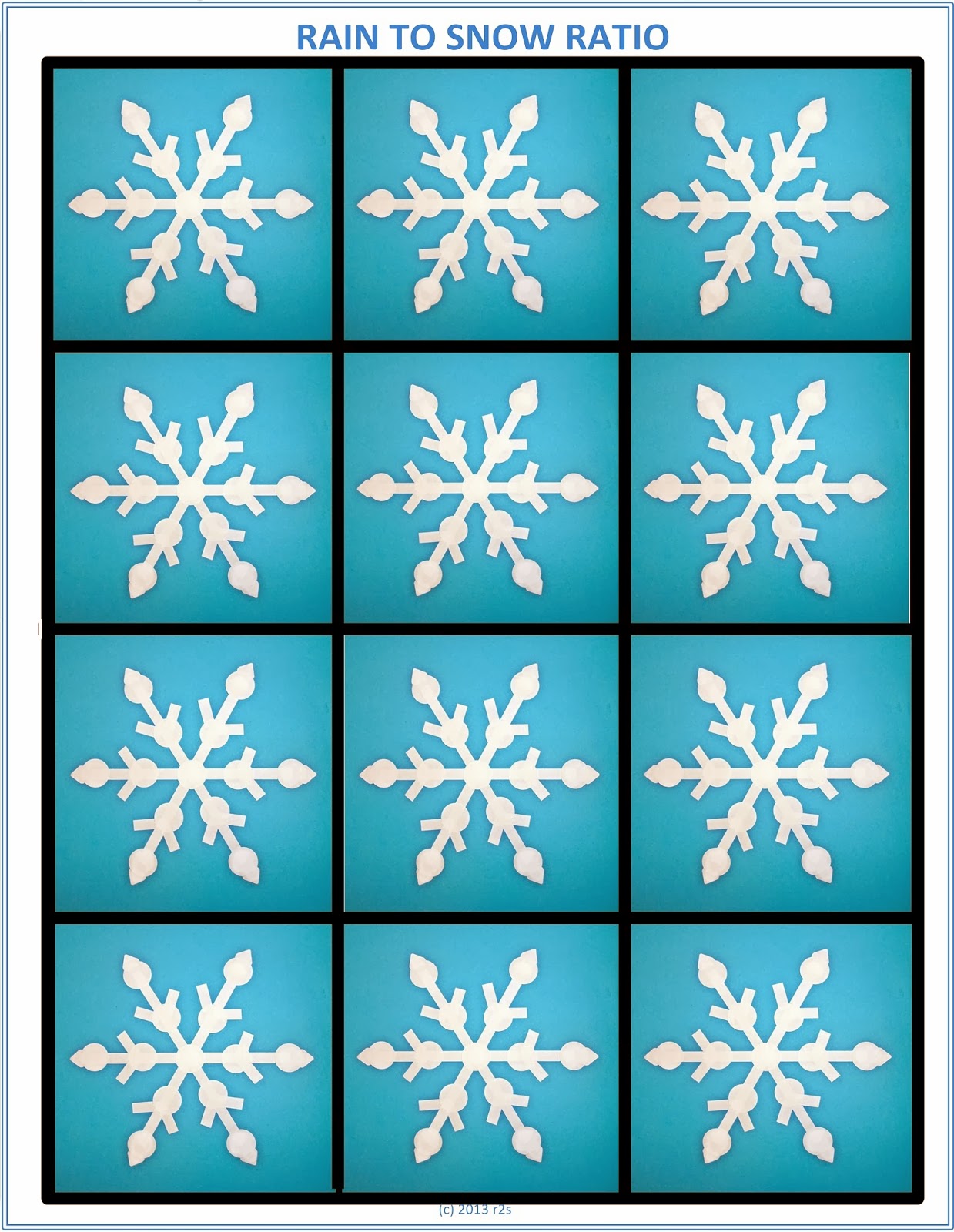 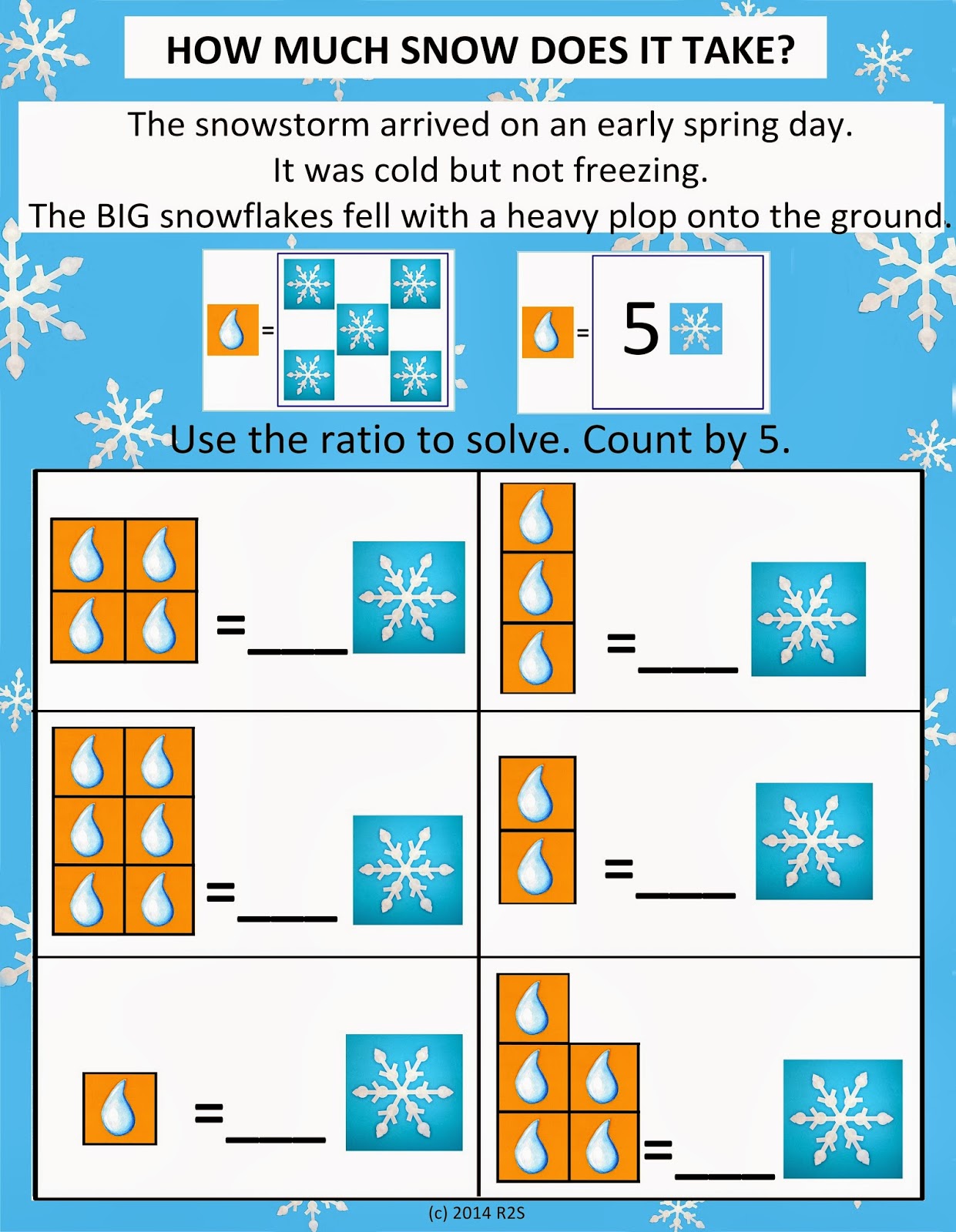 8. Discuss the differences that could happen if the snowfall fell on a different day. For example, when temperatures rise, snowflakes have a greater density. Therefore, the ratio of snowfall to rainfall would change.
9. Complete the lesson by making snow cones. Remind the children that while their snow cone cups may appear full, there is very little water inside.
EXTENSION ACTIVITIES:
1. Completion of the snow melting portion of this activity provides an opportunity to reinforce telling time to the hour and half hour. Children in K-1 can use the photographs created by the experiment to sequence the melting process and matching the corresponding time to the correct image.
2. This lesson also provides and excellent opportunity to practice skip counting and multiplication. Print multiple copies of the raindrop and snowflake printables to use with both concepts. It is also possible to begin basic algebra concepts by replacing the snowflake with S and the raindrop with R.
Posted by Rainbows2Snowflakes at 6:50 AM No comments:

It's February and Yes~Winter is Still Here! 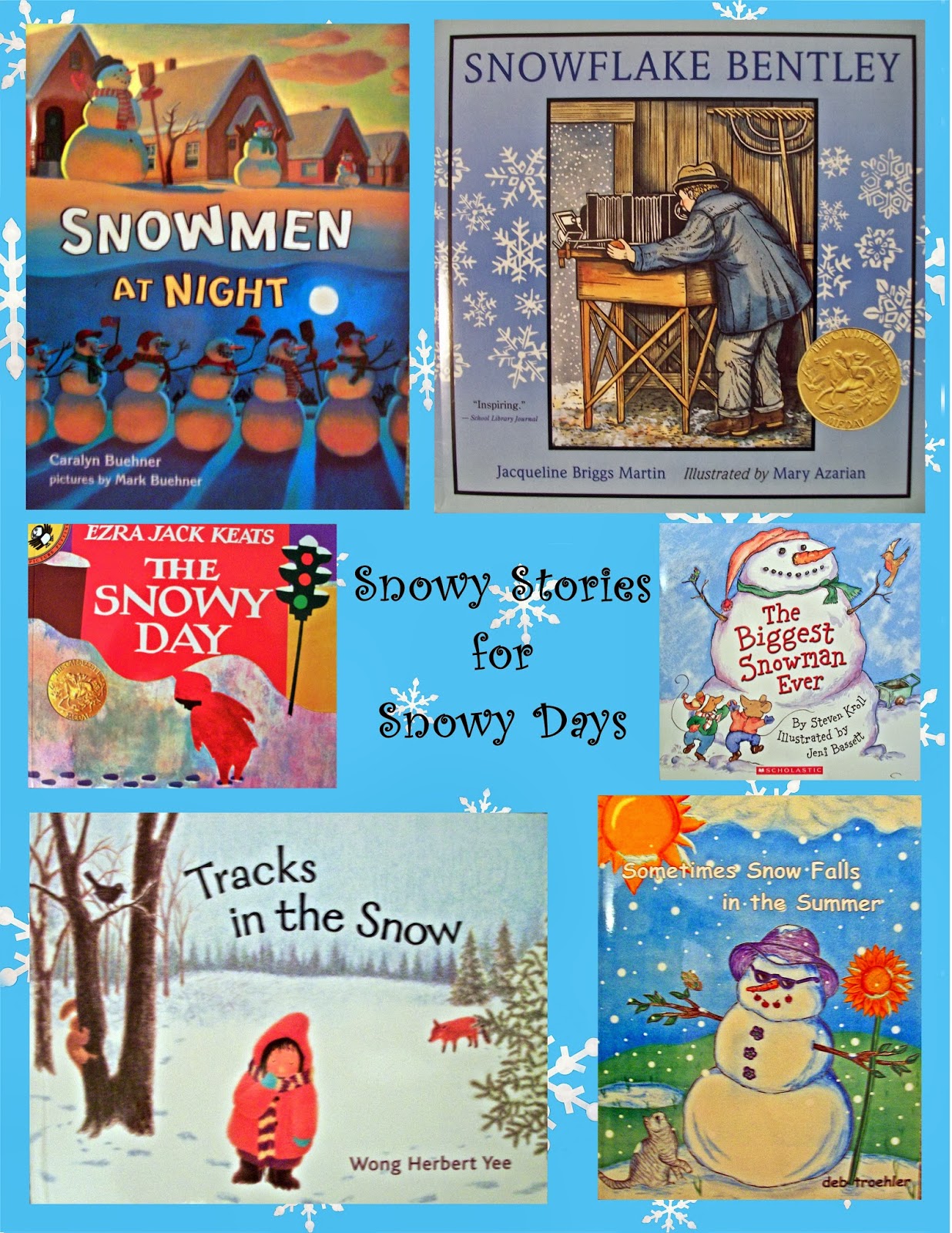 The crisp and often snowy days of February are perfect days to stay inside and curl up with a good book or two.
Below are some great suggestions for Snow Day reading for the kiddos in preschool through second grade.
Snowmen at Night by Caralyn Buehner and Mark Buehner
This book provides a delightful story about the hilarious antics of a group of adventure-seeking snowmen.
Tracks in the Snow by Wong Herbert Yee
Told in rhyme, this story is about discovery and imagination. Does a hippo really like the snow?
The Biggest Snowman Ever by Steven Kroll and Jeni Bassett
This easy-to-read story reinforces the importance of teamwork.
Sometimes Snow Falls in the Summer by Deb Troehler
This tale is a gentle story of a granddaughter’s visit with her grandmother where anything is possible..
The Snowy Day by Ezra Jack Keats
This timeless story tells of the adventure of a little boy that discovers the wonders of snow.
Snowflake Bentley by Jacqueline Briggs Martin and Mary Azarian
This story follows the life of the man who not only explored the beauty in nature but also shared his findings with the world.

Posted by Rainbows2Snowflakes at 6:02 AM No comments: